Find out more about our leadership team and governing body in the pen portraits in the “Governors” or “Senior Staff” drop-down sections below. See the “Downloads” drop-down section below for links to our staff list & governance PDFs. 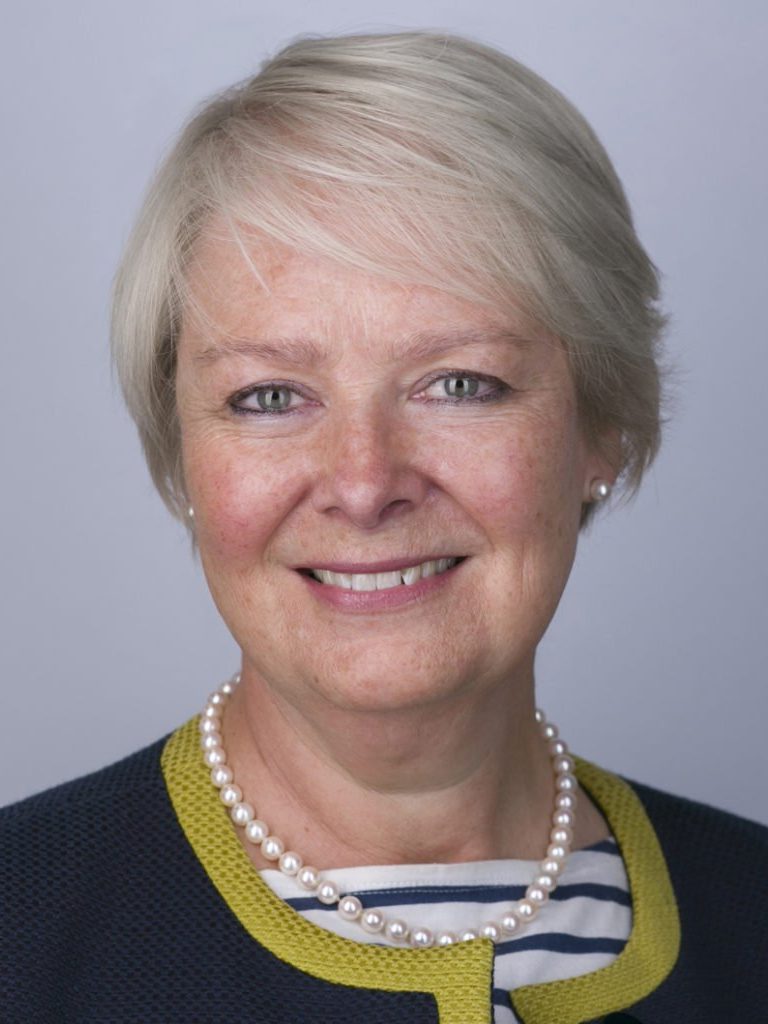 Caroline has a degree in Psychology from Exeter University and after 5 years commissioned service in the British Army moved into Financial Services, holding senior roles in Business Strategy and Regulatory Compliance, from which she ‘semi retired’ in 2018 to undertake a master’s degree in Special and Inclusive Education at the Institute of Education at UCL. Caroline was a pupil at Marlborough Grammar School when it became St John’s back in the 70’s and after c30 years away returned to live in Marlborough in 2009. Having done a stint as school governor at Crowdys Hill special needs school in Swindon and 9 years as a Non Exec Director with Turning Point, one of the UK’s leading third sector providers of social services, Caroline hopes to use her experience and passion for supporting vulnerable children to help maintain St John’s as a high quality school where all children can maximise their potential while building happy memories.

Mrs Thomas may be contacted by post to St John’s or by email to the St John’s enquiries email address, which may be found on our Contacts page. 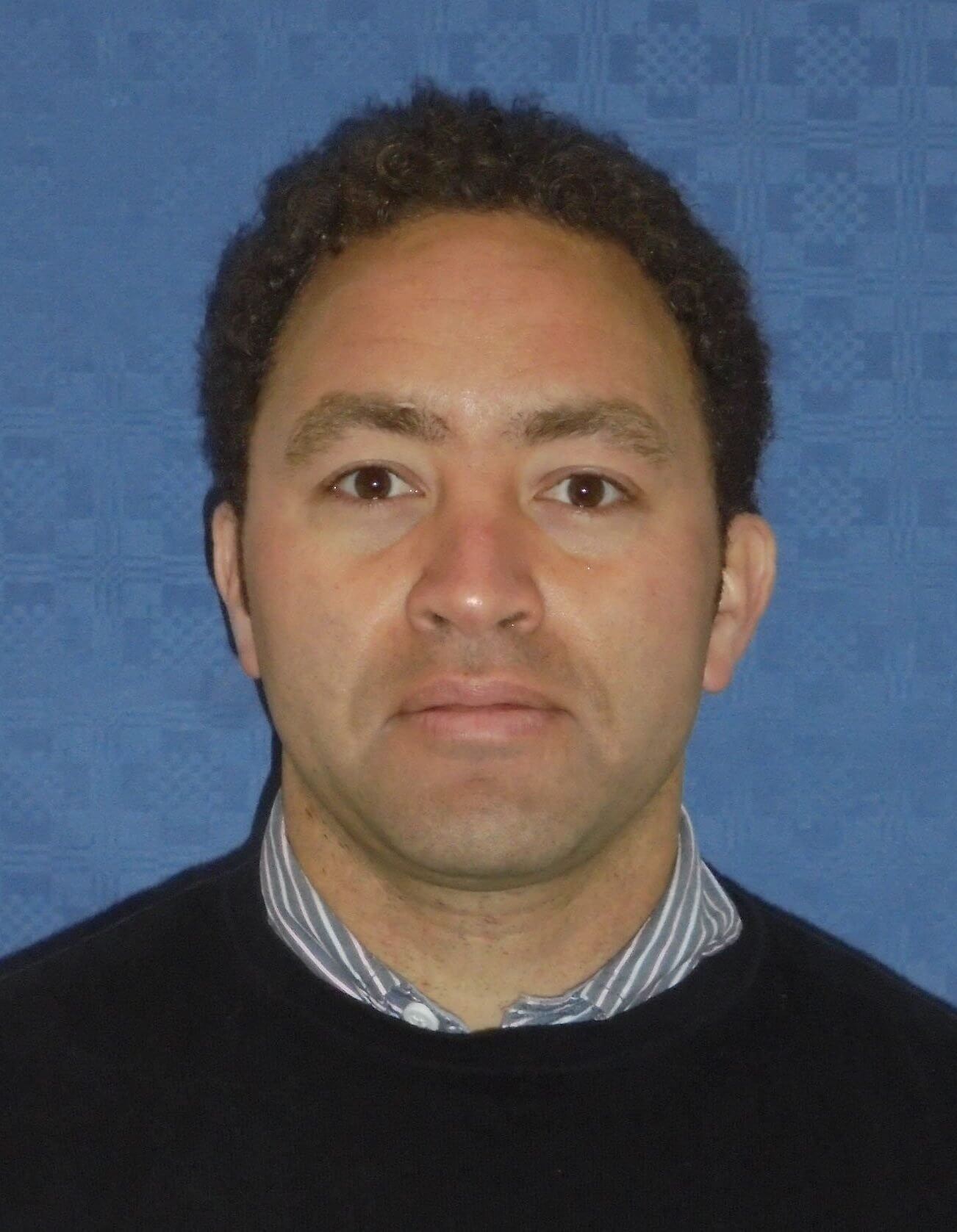 Calvin, a Parent Governor, has 2 daughters at St John’s, both in their later years at St John’s Marlborough. Born in Zambia, Calvin grew up in Plumstead, South East London, and attended a very large boys comprehensive school which is now defunct. Calvin graduated with a Masters in Engineering from Exeter University before commissioning in to the Royal Air Force as a Pilot. He has an avid interest in sports in particular Rugby, Football, cycling and athletics. He is a qualified children’s athletics coach. Calvin is a passionate gender advocate and is training as a well being councillor. He was promoted as an MBE for leadership on a humanitarian operation in the Philippines in 2013 and completed a second Masters at King’s College in 2017. Calvin remains a Pilot and senior officer in the Royal Air Force, presently employed at the Ministry of Defence in Security Policy and Operations. A previous local primary school governor, Calvin looks forward to the challenge of governance once again. 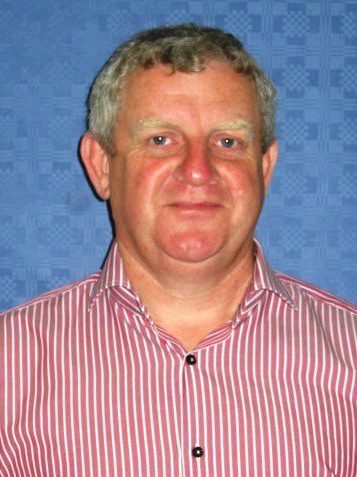 Born in Great Yarmouth, with a Bsc. Hons. degree from Salford University in Business Operation and Control. I have over thirty years commercial experience working in various industries. I have recently retired from a career as a finance professional, the last sixteen years of which was working for an SME lighting company, Microlights Ltd, after the corporate life of large blue chip organisations (The BOC Group and Becton Dickinson). As Financial Director (ACMA qualified) with full board responsibilities I was involved in all areas of management, strategic decision making and direction within the fast moving lighting industry. I have a daughter in year 11 of St John’s. My interests revolve around the local hockey club (coach, player and umpire) and golf. 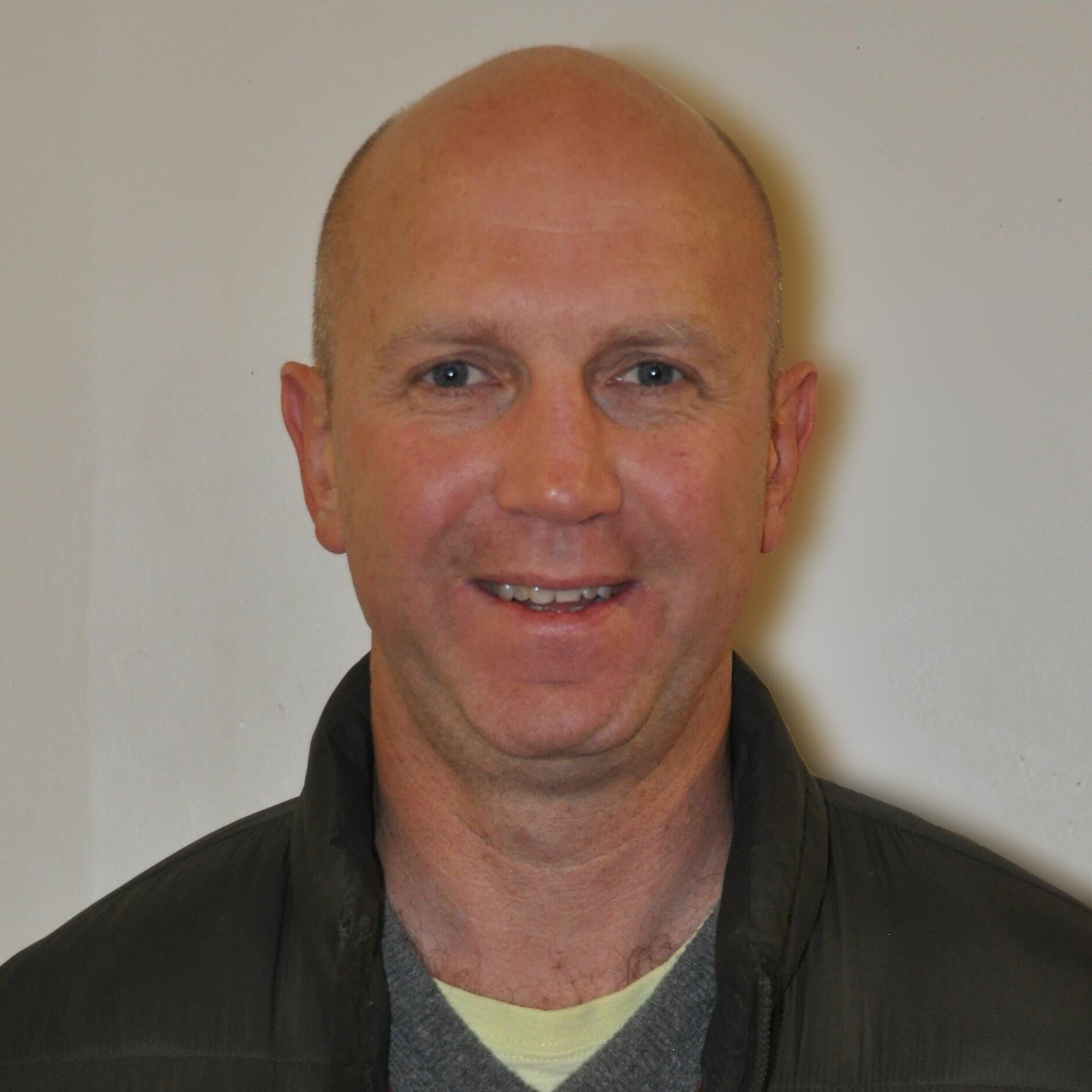 Having lived in the Wiltshire area for most of his life George studied at Reading University and trained to became a teacher in 2009; now with specialist skills in SEND and more specifically autism, George works as an Education lead in a specialist school in West Berkshire. George lives in Pewsey with his wife and two step daughters. He has a keen interest in cricket, fitness, running and can be seen running the hills and plains of the surrounding areas.

Rachael lives locally with her husband and two daughters, the eldest of whom started at St Johns in 2018. She graduated from Newcastle university with an Animal Science degree and followed it up with a PhD. Following a career in higher education including time at the Royal Agricultural University in Cirencester she has recently switched direction and is now a Programmes Manager for the Natural Environment Research Council in Swindon. As well as a love of the natural sciences, she has a background in learning theory, online curriculum design, graduate employability and science communication. In her spare time she enjoys horse riding, reading and getting outside to enjoy the great outdoors with her family. 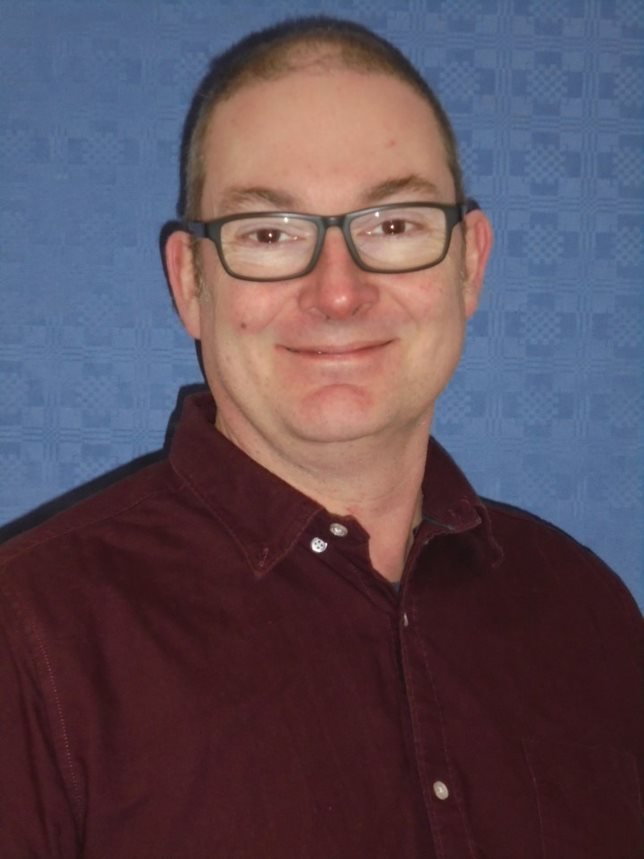 Born in London, Ben spent a childhood shared between the Welsh border and a small Greek island in the Aegean. He graduated with a degree in Electronic Engineering from the University of Surrey and then spent 25 years working in technology. Ben lives in Aldbourne with his wife and two children, both of whom attend Saint John’s. His interests include cooking, paramotoring and tennis. 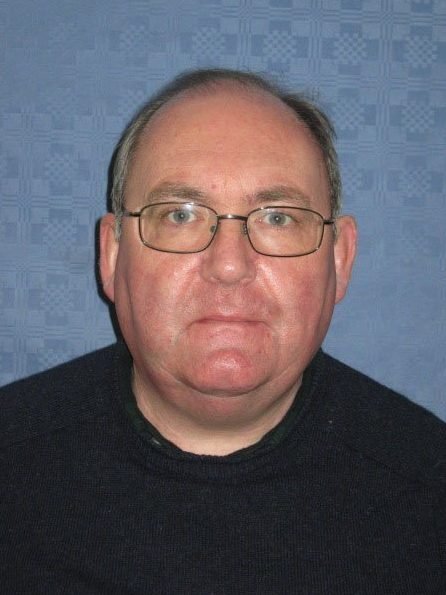 Richard was brought up in Northumberland, and graduated in law from Newcastle University. He subsequently trained as a teacher, and has worked in schools for over thirty years, holding various senior leadership positions, including the headship of two schools. His family settled in Wiltshire in 2004, and he is a current St John’s parent. He previously served as a governor of St John’s between 2005 and 2010 and currently works as a school inspector and educational consultant. 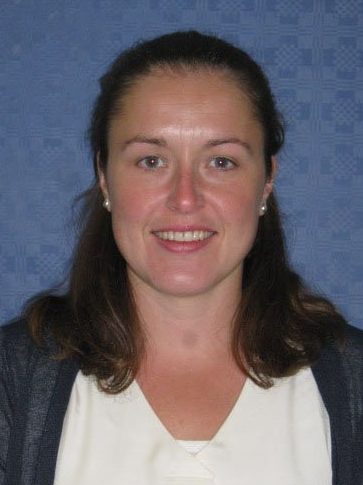 With a degree in Geography from Cambridge University and another in Physiotherapy from King’s College London, Emma made the move to teaching in 2017, completing her PGCE through the Excalibur Teaching School Alliance and joining St John’s as a full time Maths teacher in September 2018. She lives locally with her husband and two children and enjoys running, cycling and hockey (although now mainly from the sidelines). 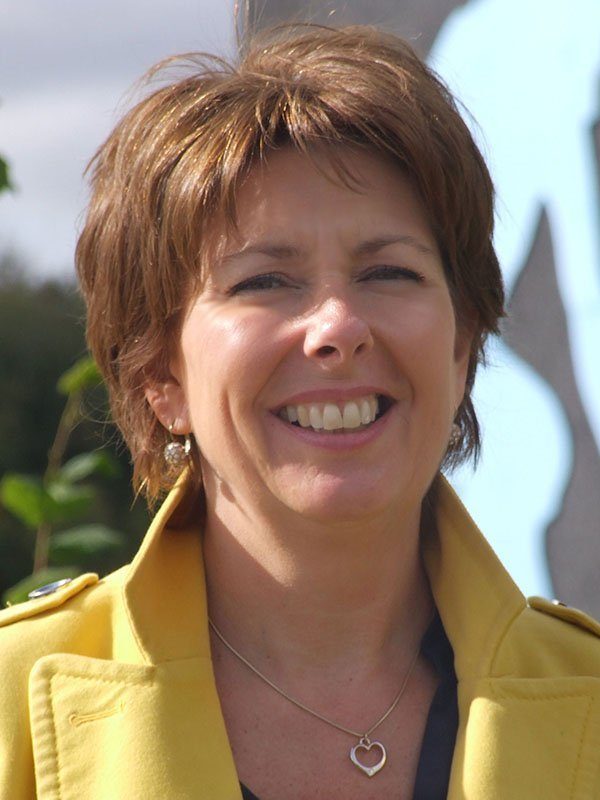 Originally from Hereford, Nicky graduated from the University of London with a degree in English and began her teaching career in Gloucester. With over 25 years’ teaching experience, Nicky has had a number of different roles in comprehensive schools including two Headships prior to taking up her role as Principal at St John’s. 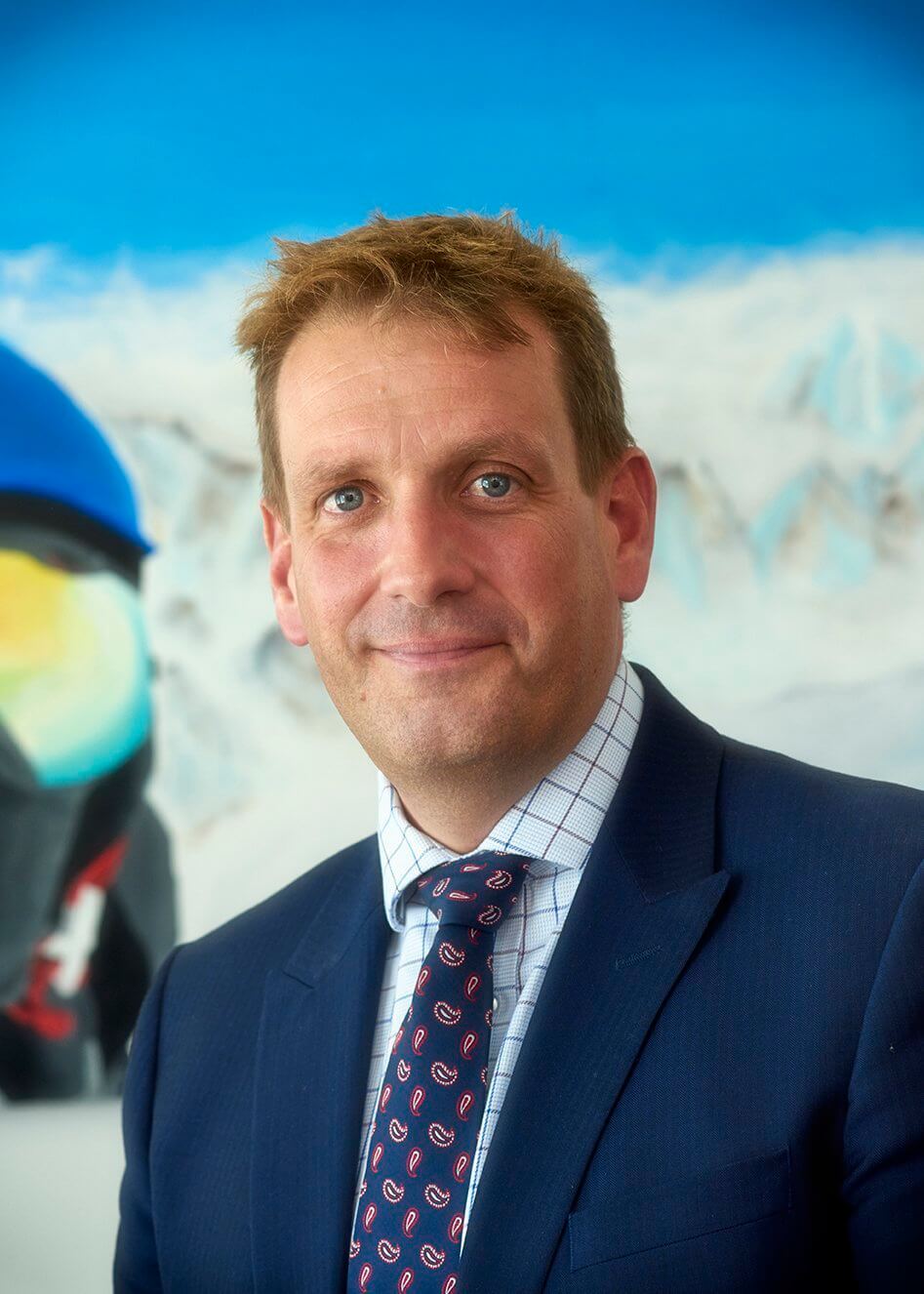 Having worked in a variety of schools in Yorkshire, Northamptonshire and Wiltshire Ian has held Headships in two primary schools and three secondary schools over the past 18 years. A graduate in Theology and Philosophy he has three children and when he is not in school he enjoys swimming, cycling and running – sometimes one after the other! 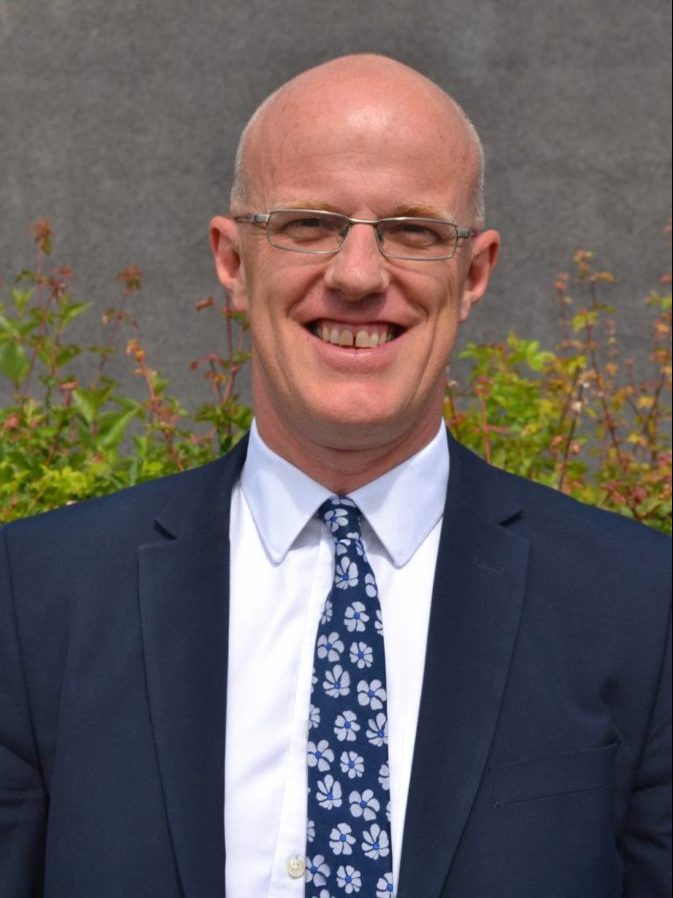 Born and bred in North Yorkshire, Miles began his teaching career in York after a Business Hospitality Management degree. After living and cheffing in Australia, he returned home and set up and ran his own outside catering company in Cardiff. Miles has had a range of roles in state schools both north and south and his three children have all attended St John’s. 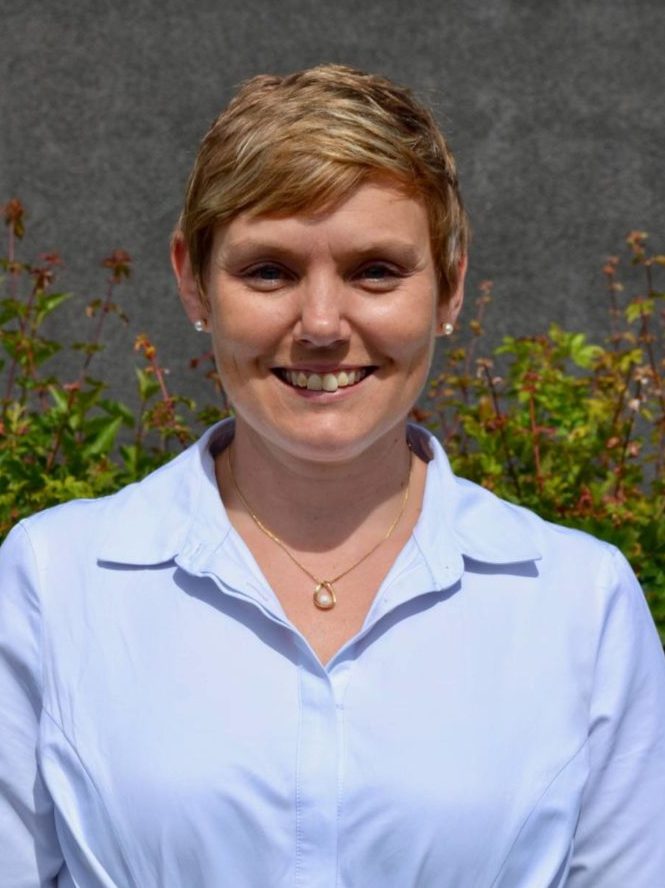 Sarah has fulfilled a variety of different roles in schools in the South West including being in senior leadership since 2012. After completing her degree in Biological Sciences with honours in Microbiology from the University of Edinburgh she worked briefly in science and business before completing her PGCE. Out of school Sarah enjoys mountain biking, windsurfing and snowboarding. 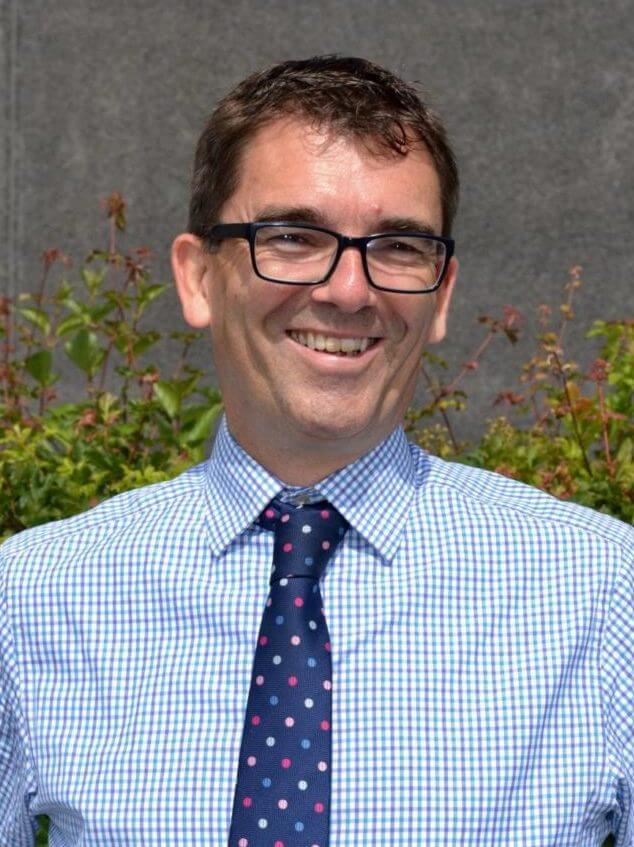 Mr Rogan has been teaching Maths at the school since 1996 and has been a member of the senior leadership team for the last nine years. He is in charge of the systems used to monitor student progress, examinations, the curriculum and the school timetable. 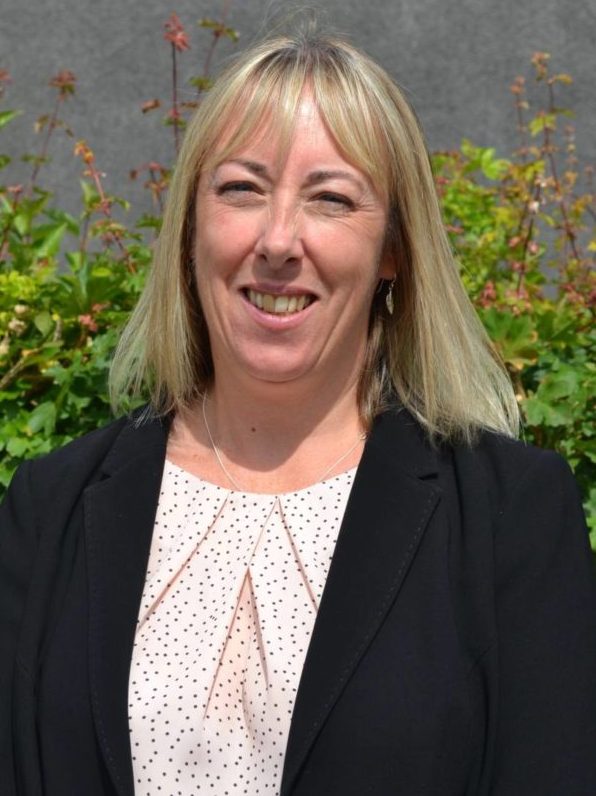 Rachel has worked in four secondary schools in Wiltshire, working her way up through a variety of roles including Head of House, Head of Humanities, Head of Sixth Form and Assistant Head . She has a degree in Theology from Exeter University and is currently studying for her MA in Educational Leadership. Rachel’s role at St John’s is to lead and manage the Sixth Form. 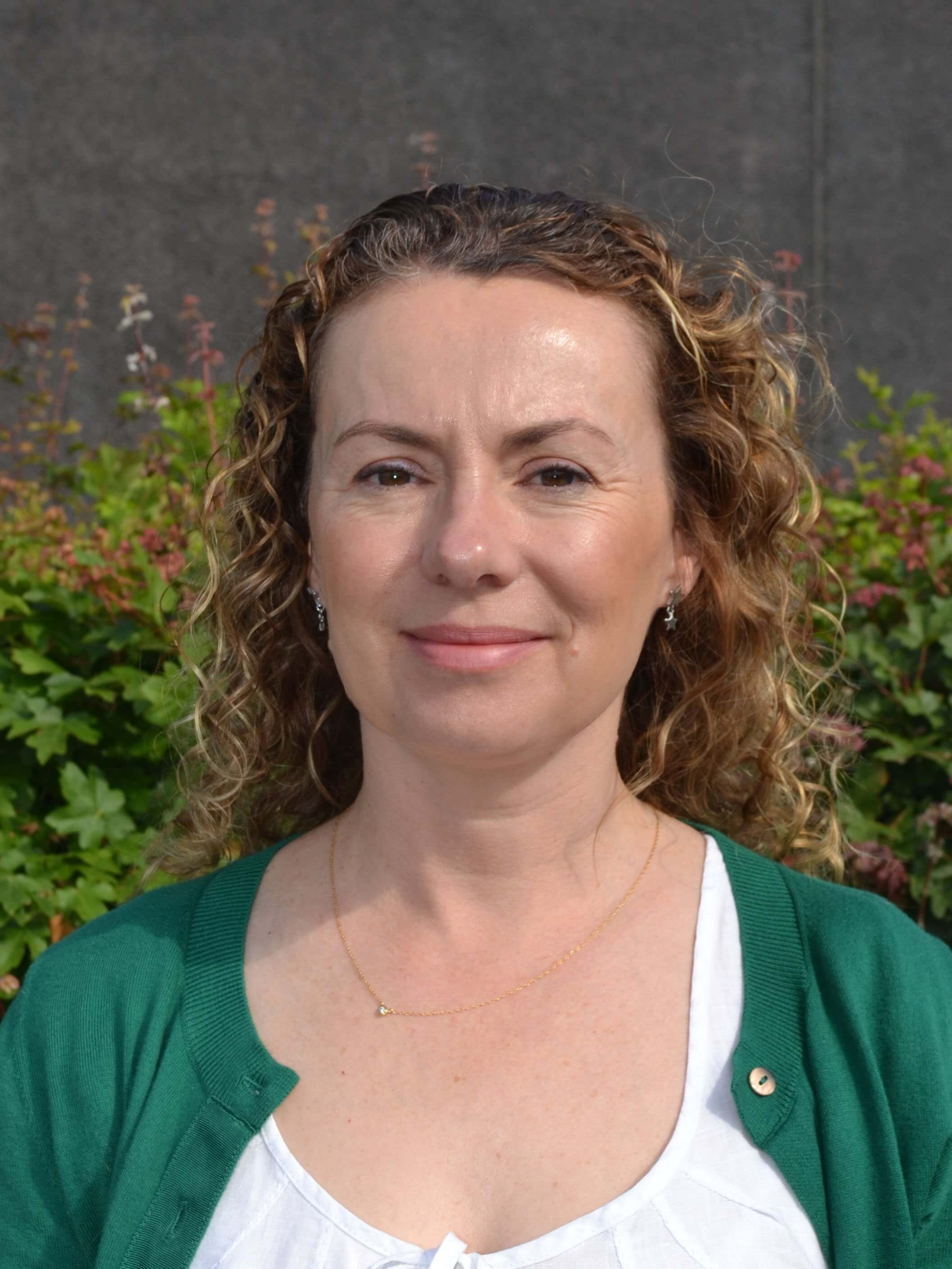 A science teacher with a Geology background, Maeve has taught in Wiltshire schools for 20 years. Current responsibilities at St John’s Marlborough are as our Designated Safeguarding Lead and Pupil Premium champion. 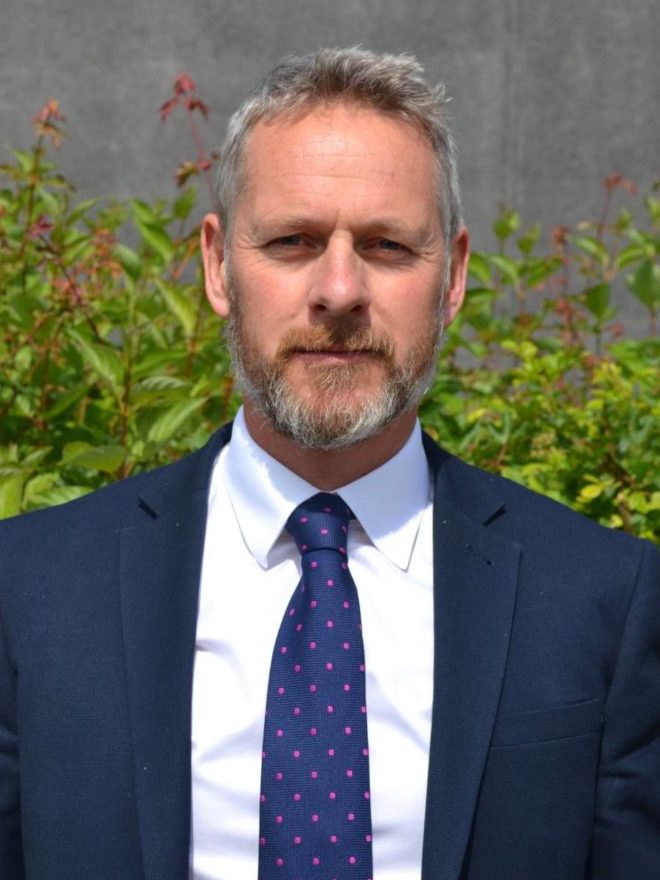 After gaining a BA(Hons) in Sport Science Tom then qualified as a PE teacher at Exeter University and enjoyed many years in this role, progressing to being the Director of Physical Education at St John’s. Further development followed through an MA in Educational Management and completion of the NPQH and a number of different roles have been fulfilled. Tom has recently moved to the pastoral system working directly with the College Principals and Key Workers, overseeing all areas of Student Welfare within the College system. 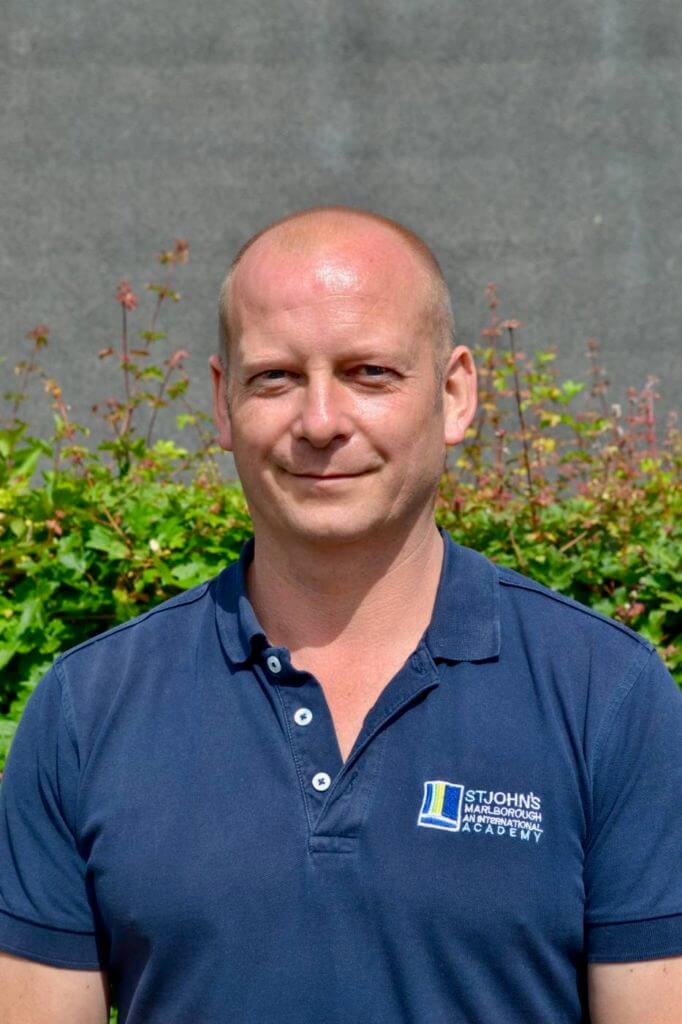 Charlie has been a secondary school teacher for 22 years, St John’s being his fourth school. During this time, he has been a successful Head of PE within a Sports College, Head of Year and has undertaken various other pastoral roles. In his current role he oversees Inclusion, the pastoral system at KS3 and the Active Pathway, working with Heads of Year, Key Workers and the Hub manager. 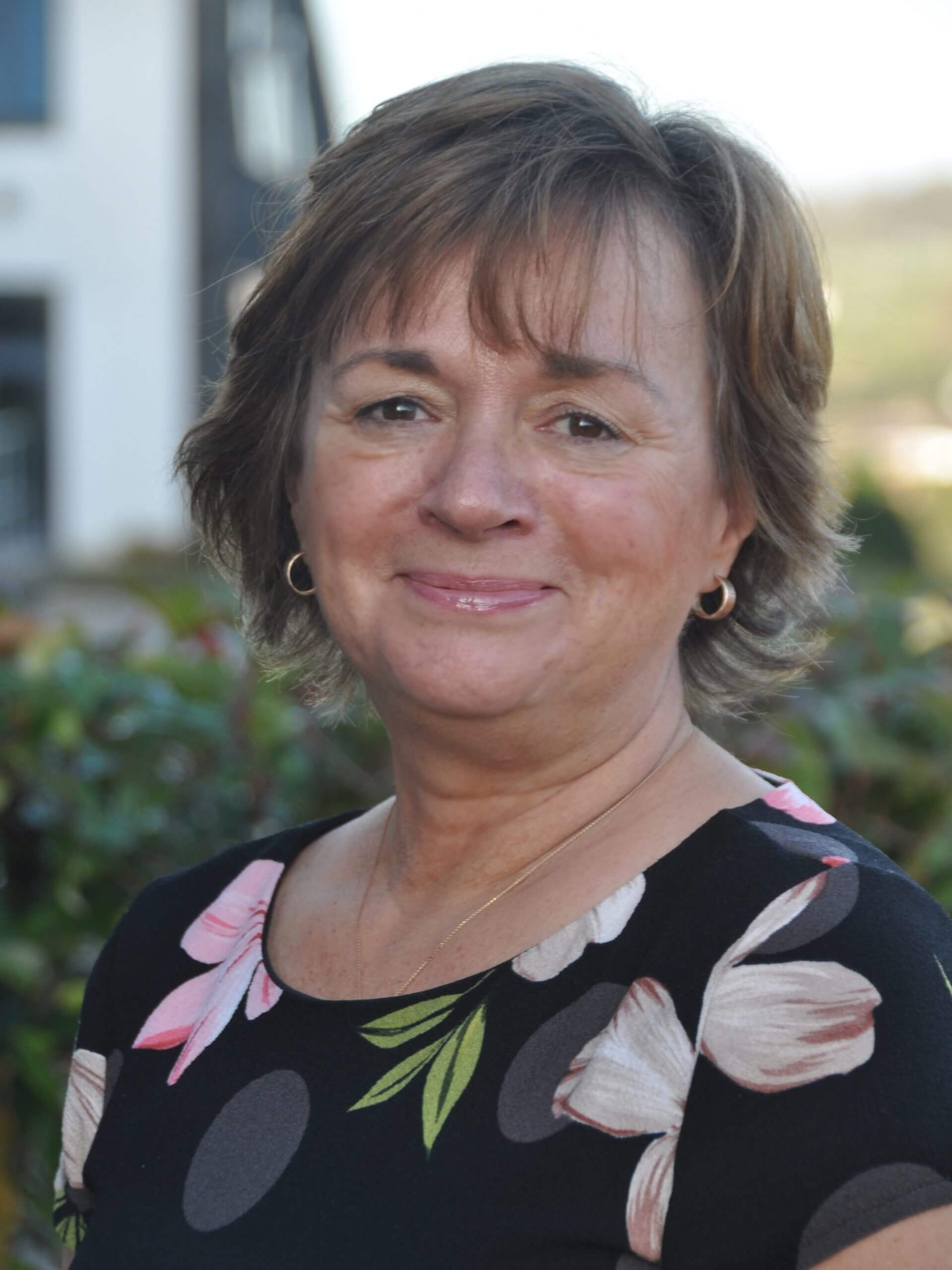 Brigid joined St John’s in 2004 as PA to the Senior Leadership Team having worked for a local charity supporting pre-school providers in the area.  Following a move to Administration Manager, Brigid became the Excalibur Academies Trust Admissions Officer in 2012 providing strategic level support on admissions to Excalibur Directors and all schools within the Trust.  Her move to School Business Manager brings her focus back to St John’s.  Brigid has two grown-up children, who both went through the school, and a young grandchild! 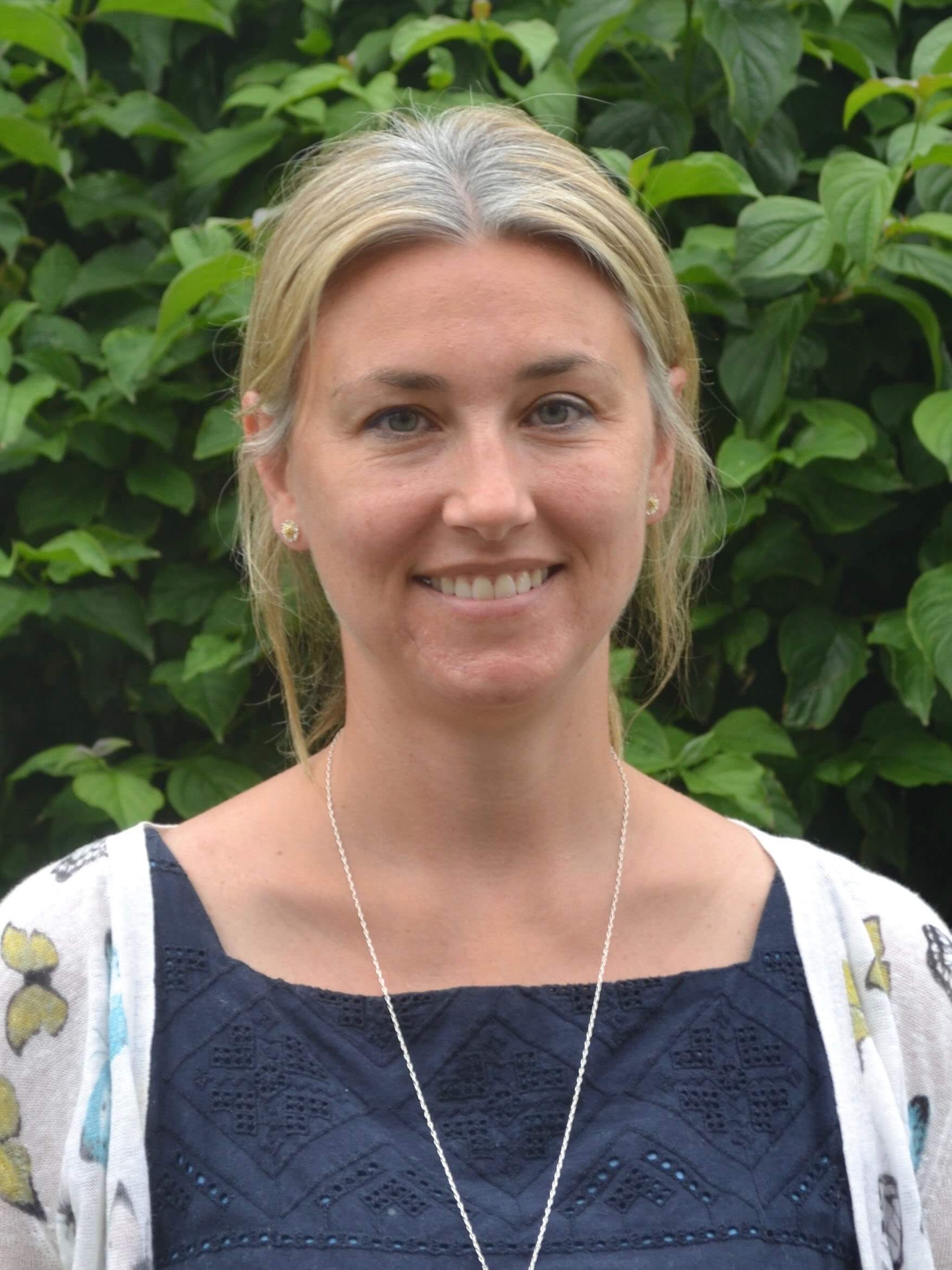 Leesa is new to the senior leadership team, having been seconded last year. She has been teaching art at St Johns for nearly twenty years and is Head of The Arts Faculty. Leesa completed her PGCE at Exeter University in Art and Design after working briefly in the fashion industry. Leesa has two young children who keep her on her toes. 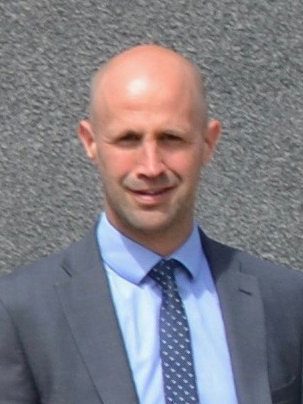 Rupert has worked in three Wiltshire secondary schools in a career spanning 18 years. He has occupied numerous positions such as head of house and assistant head of year but has specialised in departmental and faculty leadership, a role he has occupied in all three schools. Rupert has three children and plays golf in his spare time. 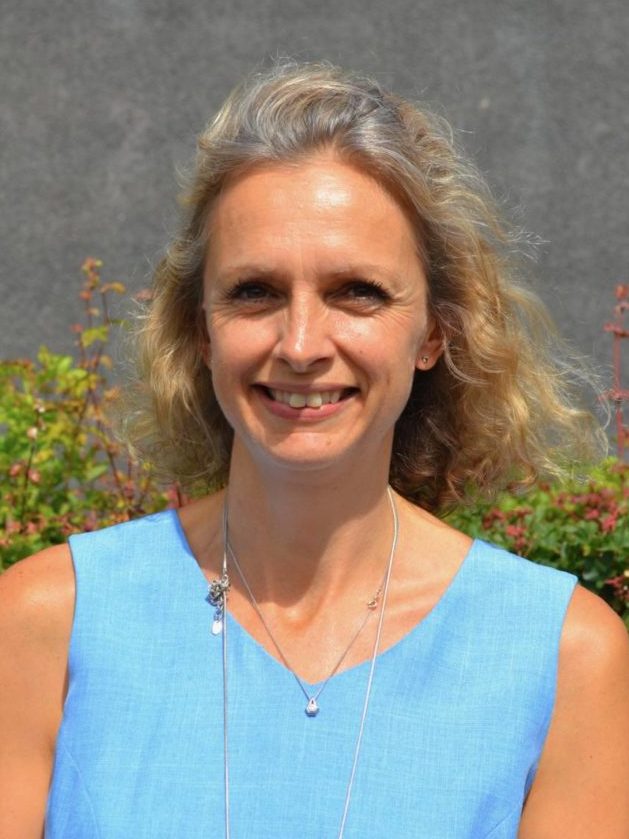 PA to the Principal

Jo has worked at St John’s since February 2019 and as well as PA to the Principal, she works closely with the Head of HR on all aspects of HR for the Academy.

Note: All PDFs open in a new tab. To download the file, right-click and select your browser’s save as option. 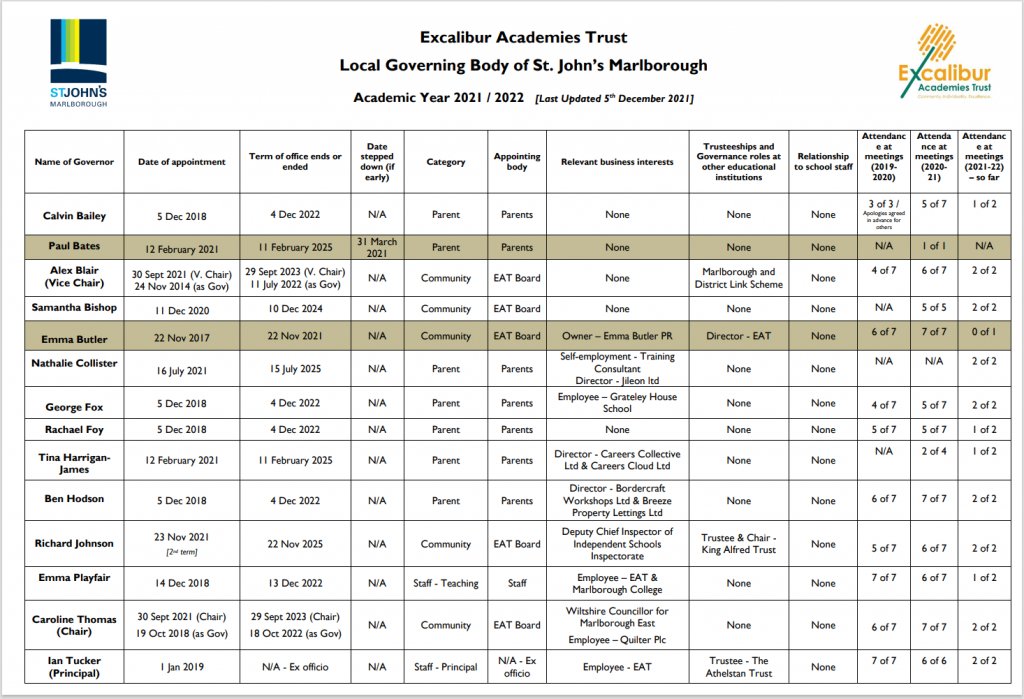 More In This Section