The St John’s Equestrian team got off to a strong start in 2020.  After some well-earned rest over Christmas and the New Year the riders and ponies competed locally in Melksham to qualify for the Hickstead Eventers Challenge in May. The course is built with a combination of show jumps and rustic cross-country fences against the clock.

The school took teams across all the heights and placed in every class.  St John’s picked up a 5th rosette in the 70 and 80 cm with the teams of Elsie Benneyworth , Lottie Turnell, Millie Turnell, Sophie Pash, Lucy Towle, Rebecca Firth and Sophia Cichero.

The 90cm team won the large class and the team of Charlie Ahl, Millie Turnell, Emily Pash and Imogen Thompson are heading off to Hickstead as they qualified, with Emily and Imogen placing 1st and second which really was a fantastic result with much determination from the team. 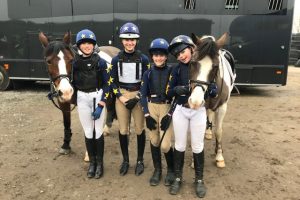 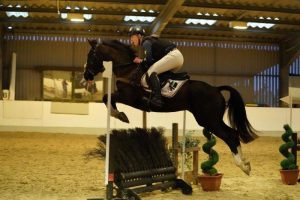 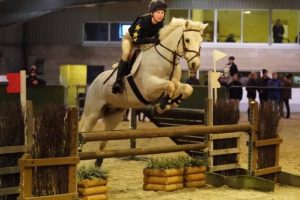 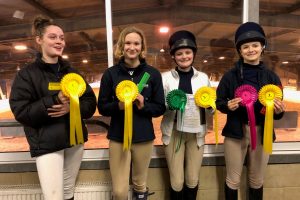