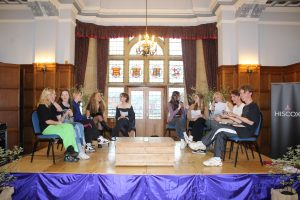 The 2021 Marlborough Literature Festival launched on Thursday 30th September, and the first event in this year’s exciting calendar was a live debate among St John’s Sixth Form students in Marlborough Town Hall. The subject?- the relevance of Shakespeare in the 21st Century curriculum.

A group of ten St John’s Sixth-Formers  battled it out in front of a public audience. The students involved include:

The organisers, members of the public and staff and students who attended clearly found the debate both informative and thought-provoking, and the sixth-formers impressed everyone with their passion, humour and persuasive discussion. 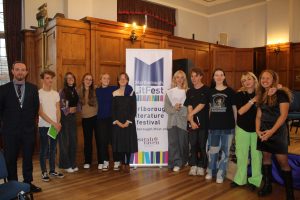 More information is available on the Marlborough LitFest website

Other students were also involved with the Literature Festival, including a Year 7 Author talk, and a number of students entering the ‘Love books’ competition. More news soon.