St John’s looks ahead to Spring

St John’s looks ahead to Spring 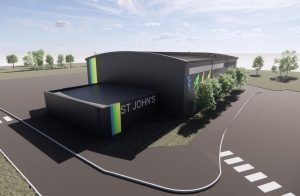 Staff and students at St John’s Marlborough have been eagerly watching the development of their new sports facilities, growing week by week since construction began during the summer break. 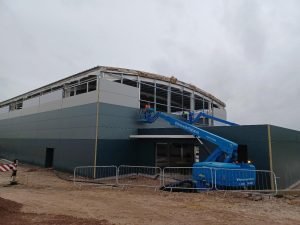 With a target completion date of March 2022, the school is now looking forward to making daily use of the new four-court sports hall, two external multi-use courts, changing rooms and landscaped areas for student recreation. The new development will be in addition to the existing range of sports facilities at St John’s, and will transform a previously unused area of rough ground at the front of the school which couldn’t be developed when the school was originally built due to a lack of funding.

St John’s was previously based in two separate locations a mile apart. The Savernake site 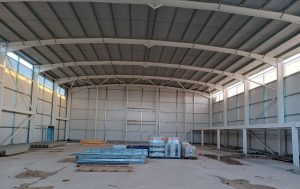 was the base for students in Years 7-9 and had been built in the 1960s as Marlborough Secondary Modern. The Stedman site, for Years 10 and above, was the old Marlborough Grammar School. After several years of planning, the new St John’s building was mainly funded from the sale of the Savernake site and part of the Stedman site for housing development, but 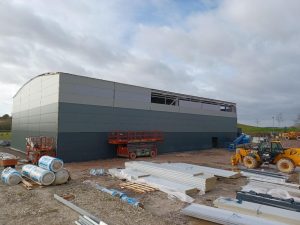 also by many donations from local and national businesses, trusts, local individuals, families of past, present and future students, and from a range of fundraising events. No central government funding was available for the new school and the success of the project was a result of the hard work and determination of the whole school community. 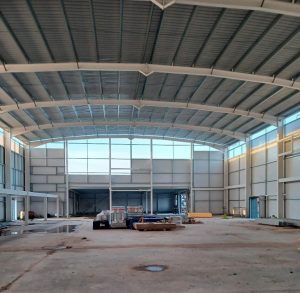 The new St John’s Marlborough opened in December 2009 and finally brought all students together on a single site. The area now being developed at the front of the school was originally intended to be used for an all-weather pitch, but insufficient funds were available to bring the 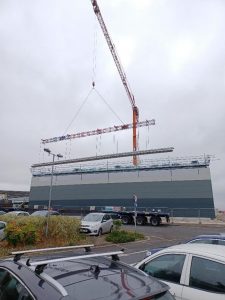 Phase 2 plan to fruition at the time, and more recently planning restrictions made it impossible to re-instate the scheme.

Now, all the funds that had been raised for the Phase 2 facilities, and were held in the school accounts since, can finally be committed to the new sports development, and St John’s will at last be able to keep its promise to the Phase 2 donors that their names 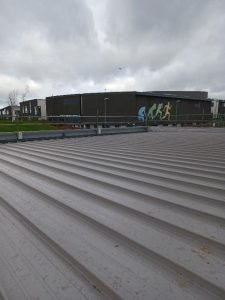 will be listed on the wall, alongside the hundreds of donors who supported the original build in 2009.

“I am extremely grateful to everyone who supported St John’s financially when the new buildings were first constructed and it is exciting that people’s generosity now allows us to provide new first-class sporting facilities to our students, and to share with our local community”