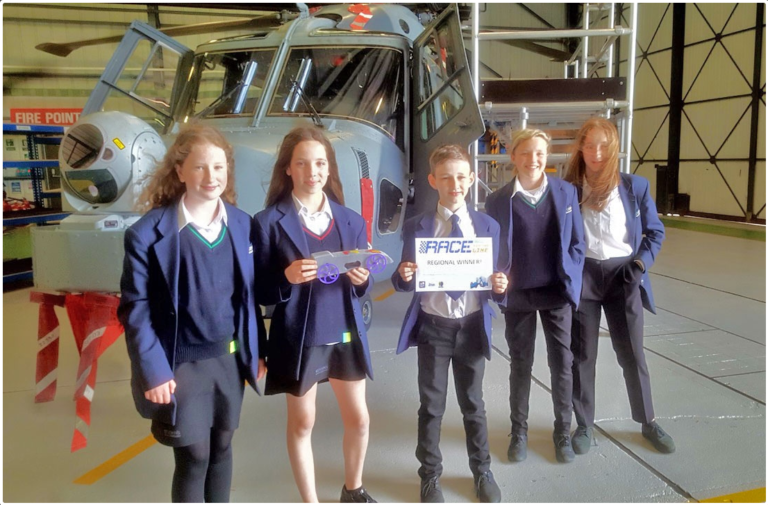 Two teams of St John’s Year 7 students gained first and second place at the Regional Final of the STEM (Science, Technology, Engineering and Maths) Rocket Car competition called ‘Race for the Line’.  They will now go on to compete in the National Final which will be held at the Imperial War Museum in Duxford on 27 June. 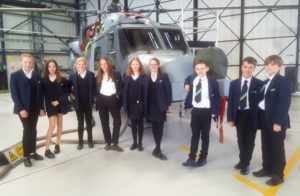 The Race for the Line competition is inspired by the Bloodhound SSC, the British supersonic land vehicle currently in development, whose aim is to achieve a new world land speed record. 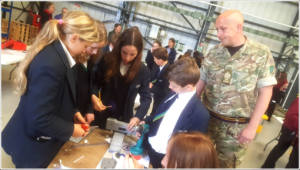 The Regional final was held at RNAS Yeovilton on Wednesday 8th May.  Students worked in teams to produce model cars out of styrofoam blocks.  The St John’s students had made templates prior to the event for the shape of car they thought would be light and aerodynamic. 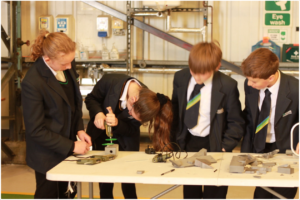 Using a new lighter material and switching from MDF wheels to thinner, lighter High Impact Polystyrene, which were laser cut at school for absolute precision, brought the desired results.  The rocket cars were given the boost they needed to win the race with speeds in excess of 50 mph.

Gary England, St John’s teacher and STEM Co-ordinator, told marlborough.news:  “I was so proud of all of the students who were all fantastic ambassadors for St John’s throughout the entire day.  They demonstrated just what you can achieve when you work together, listen to each other’s ideas and combine understanding of Science, Technology, Engineering and Maths in a creative way to solve a problem.” 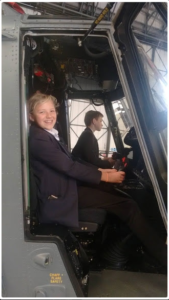 “The students had a fantastic day, having the opportunity to get on board a Navy helicopter with Navy engineers, along with making and testing their cars.”

“As the cars fired, the roar of the rockets and the smoke filled the hangar.  Excitement grew as the results were announced.  Out of the thirteen cars raced, including a novelty one by the Navy themselves, St John’s dominated the leaderboard with first place for the Flaming Fajitas and joint second for The Muppets.”

Staff and students from the two St John’s winning teams were interviewed by LocalTv channel throughout the day.  This can be viewed on Freeview 8, Sky 134 and Virgin 159 sometime soon.

The teams will be hoping to gain inspiration from last year’s St John’s Super Sonic Speed team who achieved fifth place at the National Finals 2018.