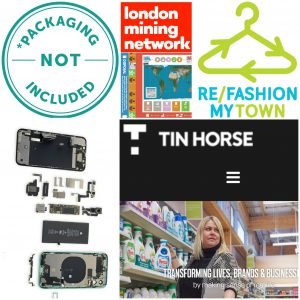 Throughout the day, students took part in a range of activities, talks, and exhibitions aimed at exploring how consumer choice, business, engineering and design decisions can all have an effect on people and the planet.

The event was set up by St John’s STEM Coordinator Gary England and D&T Teacher Anna Brindle, who wanted the day to open students’ eyes to the things they may have the power to change in their future careers.

The day was supported by local businesses, including Tin Horse Design, Packaging Not Included, and  Refashion My Town who talked about textiles and fashion within a Circular Economy, and ran a Christmas-themed workshop. 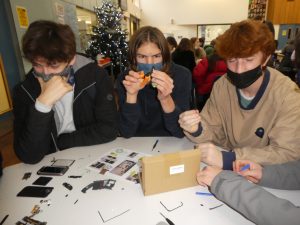 Students worked in teams to disassemble old, unused or obsolete electronic products, including phones, tablets and laptops donated to the school, to help visualise the amount of materials that make up everyday products that we often take for granted and dispose of.

On Tuesday 7th December, the whole of Year 12 had a ‘Circular Economy Day’ showing us as consumers and young people the effect we have and can have on our planet. 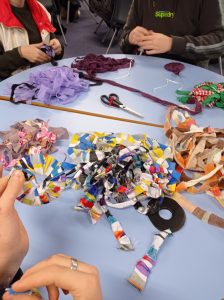 In the introduction to the day, we all watched a video about the state the world is in. Not only were the facts, figures and photographs astounding but the fact that the video was 10-20 years old and the exact same problems we had back then are still here today, but just progressively getting worse.

I then went on to play a board game by the London Mining Network, which revealed some very interesting but scary facts about large ‘household name’ companies. For example, one fact was about an Apple iPhone factory in Asia where the workers, after working 15-hour days, go back to dorms where up to 15 people could be squeezed into a room no bigger than half a classroom.

“This game made me rethink some of the choices I will make in the future about the companies I will support”. 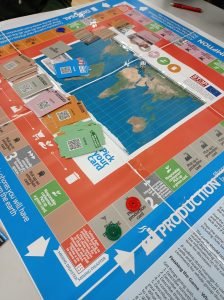 We then had an interactive talk with Mr Smith from Tin Horse. This talk brought a more design and packaging point of view to the day and how the choices we make about the products we buy in supermarkets and how their packaging can cause big effects on the environment. It also brought to light how some packaging that sounds good on the label, can be worse for the environment than a standard plastic bottle.

The talk made me realise the importance of composting at home because putting something in the bin that is ‘compostable’ will not actually decompose due to the conditions of landfill. 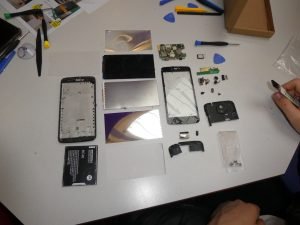 After lunch, I took apart two old Nokia phones. Even though there are lots of components that come together to make a phone, after taking one apart

“it made me think that actually not many changes would need to be made for phones to become much more sustainable”.

For example, when you are done with your old phone you should be able to send it back to the company to extract all precious materials and re-use them for the new generation of phones. 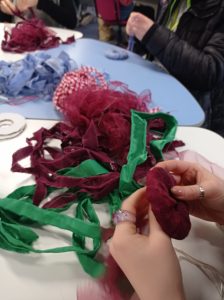 Lambert from ‘Packaging Not Included’. This presentation was my favourite as it put numbers to topics that sometimes can seem quite far away from us, and made me believe that

“I personally can make a change- It isn’t only up to the leaders of the world!”

She also spoke about how child labour and modern slavery has taken over the Ivory Coast in the production of chocolate. However, companies like ‘Tony’s Chocoloney’ aim to pay their farmers above Fairtrade prices and do regular inspections of their farms to ensure no child labour or exploitation of farmers is happening.

Following this we had a talk from Tze Ching Yeung from ‘Refashion My Town’. The most interesting thing I took from this talk is

“the most eco-friendly clothes are the ones you don’t buy”.

I believe we should all keep that phrase in mind whilst we are shopping in future, I know I will!

I then went to talk to Sonia McCorquodale Cruise about the company she works for, Drax, who have started burning wood pellets instead of coal in their power stations. I found this very interesting as I would like to go into ‘green energy engineering’ as a career. In the future, Drax is then hoping to be able to capture all the carbon released by the wood pallets and put it into the North Sea.

To round off the day we had an overall conclusion from Mr England, who very kindly organised this whole day for us and opened our eyes to the impact that we all have on the planet, good and bad!